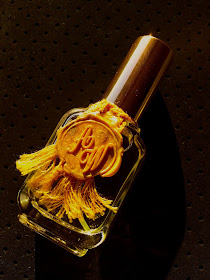 Continuing to work on discrepancies in perfumery, this time I wanted to work the concept of incongruity, in such a way that we would not have either contrast nor opposition. 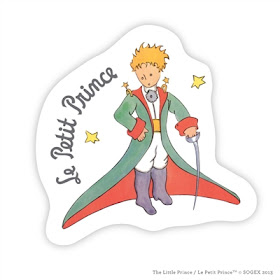 The Little Prince character represents the open-mindedness of children, as the prince is an explorer who restlessly asks questions and is willing to engage the invisible secret mysteries of the universe. The beauty of Saint-Exupéry's poetic writing goes into such details that in the original French version of the book he has never used the word adult. Instead, he calls adults "les grandes personnes" (the big people). What he meant with that was to say that what matters is the attitude of a person and not his actual age. In that sense children can act like "grandes personnes" and adults can also see the word as little children. Which brought me to an intriguing question that has been challenging me for a while: Do we all have a little prince (child) inside of us?

Continuing to explore psyche as inspiration the brief that I shared with perfumer Ane Walsh was the thought of creating a fragrance that would evoke this child that we have inside of us and what it means to have one when you have already grown.

Having an inner child means that you are constantly questioning and opened minded without limiting your perspectives. You are aware of and sensitive to the mysteries and beauty of the world.

But what happens when you let your inner child run your life?

“…The inner child comprises and potentiates these positive qualities. But it also holds our accumulated childhood hurts, traumas, fears and angers. "Grown-ups" are convinced they have successfully outgrown, jettisoned, and left this child and its emotional baggage long behind. But this is far from the truth. In fact, these so-called grown-ups or adults are unwittingly being constantly influenced or covertly controlled by this unconscious inner child. For many, it is not an adult self-directing their lives, but rather an emotionally wounded inner child inhabiting an adult body - A five-year-old running around in a fifty-year-old frame. It is a hurt, angry, fearful little boy or girl calling the shots, making adult decisions. A boy or girl being sent out into the world to do a man's or woman's job… And then we wonder why our relationships fall apart. Why we feel so anxious. Afraid. Insecure. Inferior. Small. Lost. Lonely. But think about it: How else would any child feel having to fend for themselves in an apparently adult world?" (Stephen Diamond, PH. D., edited)

In a nutshell: if the little child does not have an adult making the rules of the game there will be a lot of suffering. I asked the perfumer to stay away of tantrums! Suffering was not the aspect I wanted to explore because I wanted to come up with something that I would like to wear; that brings out beauty, not pain. For that matter I had to detail the brief in a more personal level and explain to her that it all came from the fact that a friend of mine once called me little prince and that I also have a little friend that needs my constant attention and that the fragrance had to be about him...and me: 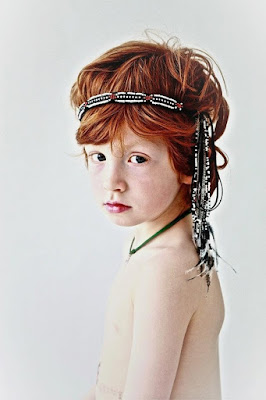 Hervé is a little boy born in the northwest part of France called La Bretagne (French Brittany), part of the six Celtic nations. In the Celtic language his name means warrior.

To bring the aura of Britanny I asked Ane Walsh to compose a bouquet with mimosas and genet. Mimosas brought a soft, delicate, sweet, powdery floral note with a suave green honeyed undertone, while genet added a hay-honey-like scent with a tenacious herbal tone. To add a marine sensation of a coast line ambergris was added. 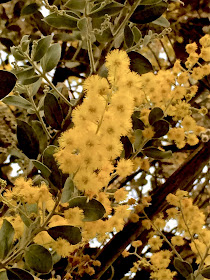 
Following the thoughts of the little prince's friend the fox, in the excerpt of the book cited above, Hervé is not just like a hundred thousand other little boys. He is a unique little warrior who has tamed me. He is my inner child, my imaginary friend.

The inner child embodies innocence and openness; love and joy; creativity and curiosity; wonder and awe; appreciation and devotion; beauty and playfulness; forgiveness and unity; determination and strength; gentleness and enthusiasm.

Hervé has all that. He inspires me to create; he challenges my curiosity; he is the fine-tuning of my appreciation and determination; he brings unity to my thoughts. Hervé is the little child in me and he is responsible for what wonders and awes me and this is exactly what I wanted the be the core of this perfume.

In that line of thought the fragrance had to be about The Little Prince’s idea of grandes personnes and what Hervé represents to me. The name LE PETIT HERVÉ EDP was my idea of a merger of both.

The funny thing is that this composition not only had to have a scented composition of La Bretagne, but it also had to have the golden locks of the little prince and myself (I also have them!). Hervé, my imaginary friend, has red hair and freckles. 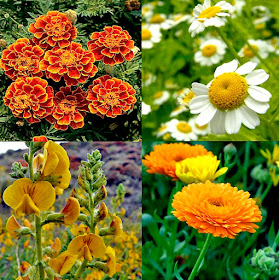 Calendulas were added to compose an orange yellow-ish bouquet, adding a warm creamy texture (like redheads' skin) with an herbal undertone. Tagetes (marigolds) and a bright crisp, sweet-herbal balsamic chamomile with its apple notes brought the essence of little children and a fruity sprinkle. Honey and pollen tincture were not only the final golden touch but they added a spring-y solar aura to the fragrance.

“Passion may be a friendly or eager interest in or admiration for a proposal, cause, discovery, or activity or love – to a feeling of unusual excitement, enthusiasm or compelling emotion, a positive affinity or love, towards a subject.

The origin of the word passion is found in the Latin word "passio" which means suffering. On the surface, the word “passion” can stir emotions in us inspiring, motivating and elevating us to live life at a more exciting fulfilling level. But just as the core of an apple cannot be separate from the apple itself, “suffering” is always at the core of passion. We cannot have one without the other. In that sense could Hervé inspire passion without making me suffer?

Both Hervé and myself are solar souls. So I wanted this aura for the very first whiff. I also wanted the notion of freshness because both children and passions have in its core the freshness of a new adventure, the excitement for life. Cedrat and white grapefruit were added to give this freshness that only citrusy notes can give, but also to balance the sweetness of the fragrance with a zesty varnish. Paramela notes were also added to bring a sensation of well being and fluidity. 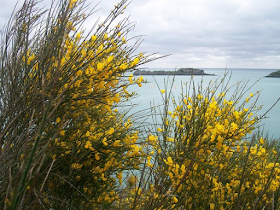 So far the idea was a solar fresh orange yellow-ish Breton composition which brought me back to the question of incongruity (the proposal mentioned at the beginning of this post) and other questions that came along: is it possible to create a fragrance that is slightly carnal and yet, take you to a spring/summer trip to the blooming coasts and still make sense? And if we can't have passion without suffering how can I leave pain out of the brief?

The term passion is particularly used in the context of romance or sexual desire though it generally implies a deeper or more encompassing emotion. For that matter the perfume had to contain both wonder and awe, but in a different tone  - the tone of passion. Ane Walsh surprised me by adding Fabriana Imbricata, a note that is said to have inebriating effects when inhaled. By the way, I learned that Paramela smell is also very attractive. Both notes combined with ambergris and musk algazal ended up developing a rather disturbing stimuli. Something that it is kinda difficult to explain. Provocative and instigating.  Sensuality with a fleshy-warm-sweet kinky touch was added, bringing the sensation of touching skin, of instinctive sex, of something rather chemical (chemistry of attraction). Osmanthus came to compose the flowery bouquet with a sweet, warm, rich, honeyed leathery note and an elegant animalic undertone. Fact is that smelling this perfume on my skin makes me blush.

So, answering my very own question, as incongruent as it seemed, passion, desire, wonder, awe, the coast of La Bretagne and my imaginary friend were brought altogether to compose one fragrance. LE PETIT HERVÉ EDP ended up being artistically conceived and unpredictable exuberant as passions are.

Cole Porter was an all-time talented composer and song writer. In 1936 he composed a song about the incongruity of passions and in 1946 Frank Sinatra brought a beautiful romantic tone to the lyrics.

Wearing LE PETIT HERVÉ EDP puts a huge smile on my face and it feels as silky as Sinatra's version of I've got you under my skin.   It makes me travel to La Bretagne.  It fells like lying on the warm sand. It brings me closer to my inner imaginary friend Hervé.